I am sometimes a fox, D.S & Durga HYLNDS Foxglove

The American niche perfume brand, D.S & Durga was established in 2010 due to the natural turn of events. David Seth Moltz, a musician and Kavi Moltz, an architect, they didn’t intend to establish a perfume business per se. They started making tinctures of herbs and flowers for their own use and for their friends. But friends of this duet loved the products and that’s how the idea was born to introduce them to the wider audience instead of keeping them to the small group of the chosen ones. With HYLNDS collection that started in 2013 they research documents and scent profiles of real places, trying to tell the story of the Celtic, Manx, Norse and Anglo people and take us there.

Taking that into consideration one could even dare to say that this brand is kind of hipster brand and there will be something true about that. This year D.S & Durga premiere with the new composition within the HYLNDS collection, the fragrance is called Foxglove. This is the common name for a flowering plant in the genus Digitalis. Digitalis purpurea is its latin name and it looks like this. Foxglove grows in most part of temperate Europe. Interesting fact about it is that it contains a digitoxin in its flowers, leaves and seeds, making them poisonous for people and some animals.

When it comes to Foxglove, the perfume, there’s nothing poisonous about it – on the contrary, it’s a very pleasant perfume blend. The composition initiates in a very aromatic way by effusing the scent of a citron peel. It smells sour and citric in a positive way. The aromatic and juicy accords are very vibrant and energetic here. They are also very realistic, like someone was peeling a lemon next to me. The scent makes my nose tingle and it makes my face smile – I want to smell more.

After around 15 minutes the fantastic zesty feeling of citron peel becomes weaker and Foxglove starts to develop a very mild sweetness, not sugary, but more thick and dense and combined with the pleasant woody aroma. It’s the scented profile of rosewood that is gently woody and has a specific kind of sweetness attached to it. For me rosewood is one of the most interesting woody accords in perfumery. It’s been kind of neglected but it seems to be gaining more popularity lately. 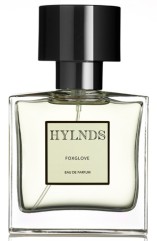 Some time later this new D.S & Durga fragrance develops a nice flowery vibe that is fresh, rich and kind of milky at the same time. This must be the champaca flower, a species of magnolia that is listed in the notes. It blends really nicely with the rosewood note and citron peel that becomes weaker and weaker as the time flies. At some point of the development the floral tone in Foxglove morph, becoming much more light, airy and summery. After a while you realize that champaca flowers have been overpowered by neroli. Clean, slightly soapy smell of these tiny flowers brings back the memories of summer and makes the sun shine on you, even if it’s a dark autumn day. Neroli lasts for around 30 minutes, getting lighter minute after minute until it fades way.

At around 1,5 hour mark iris makes an appearance. When I first read the press release for D.S & Durga Foxglove I thought that iris might be the main feature, the central note of this perfume. I was wrong as it plays less significant rose here. It brings the mild powdery notes to the composition but after a while they turn into something more rooty and earthy, a bit carroty. There’s also a buttery facet for a short while. To have all these different iris facets makes Foxglove and interesting olfactory experience and somehow satisfies my crave for the note – not every perfume has to be (and it shouldn’t be!) about iris. As they say – a change will do you good.

1 hour later comes my favorite part of Foxglove from D.S & Durga. When I start to smell the peach accord I begin to swoon with happiness. In my opinion you have a whole fruit here. At first there’s a peach skin. Fuzzy, soft and has a sun-ripe smell. This is a very youthful and playful aroma. Later on you can smell the fruit pulp that is fresh and juicy, also having some lactonic properties. Very interesting thing happens later, when the peach note begins to dissipate…

You can witness the transition from peach skin to suede note. You would be surprised how smooth this perfume goes from fuzzy peach skin to more leathery, yet fluffy suede chord. Suede is super soft in Foxglove. It has a very elegant scent that is a tad stronger and more intensive than the one of peach peel. This fragrance brings a feeling of warmth and embrace now, so it can be also suitable for the short autumn days and longer autumn evening. It will make you feel elegant, sophisticated and unusual. I don’t know a second perfume that would be so “weirdly different” in a positive way. I give Foxglove two thumbs up.

The drydown of D.S & Durga Foxglove is built on accords of immortelle and ambergris. I didn’t detect immortelle but I noticed that after around 6 hours the perfume feels much warmer, cuddly and has a hint of warming spiciness, so this could be from these 2 notes. Anyway – Foxglove is not a heavy perfume, for most of the time it stays close to the skin, its lifespan is around 8 hours. This eau de parfum is available in 50 ml bottle of a design matching the previous 4 HYLNDS creations.

8 thoughts on “I am sometimes a fox, D.S & Durga HYLNDS Foxglove”