French jeweller Ann Gerard introduced her perfume line to the niche market in 2012 with three creations: Ciel d’Opale and Perle de Mousse, which are eau de parfums and Cuir de Nacre which was created in an extrait concentration. The line was very succesful and one of the reasons for that must be that fragrances were created by Bertrand Duchaufour, Ann’s close friend for 15 years. This spring Ann Gerard launched her fourth fragrance focused on the beautiful flower, rose. 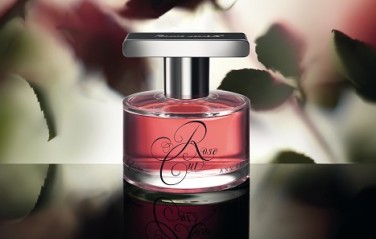 Rose Cut, for that’s the name of the new fragrance is referring to the jewellery art. Rose cut is a very old and beautiful style of cutting gemstones. Main features of it are a flat base and a crown that is composed of 12 or 24 triangular facets which rise forming a point, reminding of a rose bud. You can see an example here. This very cut was in use since the middle of 16th century but it’s not that popular anymore. It occurs mostly in antique pieces but demand for this technique is growing again.

As soon as the tiniest smear of Rose Cut is applied to your skin you can smell the rum accord almost instantly. It’s prominent and boozy but also incredibly warm. You can notice some alcohol and quite a lot of sugarcane and brown sugar which adds a specific flavour to rum drinks. There’s also something luminous, tender and a bit syrupy-sweet about this accord. When aldehydic tones appear Rose Cut becomes colder. The composition becomes more chilly with the transparent metallic vibe given by aldehydes. This accord also gives a fizzy, sparkling sensation causing this new Ann Gerard perfume to remind me of some high price champagne. 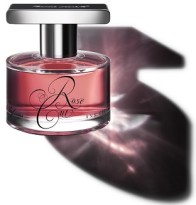 Pink pepper that appears at the mark of 30 minutes after applying this fragrance to your skin adds a nice, balanced dose of pleasant piquancy, warming up the blend and making it more lively and vibrant. The opening stage of Rose Cut is quite bold and its presence around the wearer is something that you rather won’t miss. Rum accord is especially noticeable, giving you a feeling of comfort and safety. Notes of rum, aldehydes and pink pepper evolve one into another in a harmonious and seamless way. There are no sharp edges so far in this new perfume.

True rose accord appears around after 3 quarters of wearing Ann Gerard Rose Cut. It starts very fresh and crispy, like there was some geranium or a little hint of mint in the background. There’s definitely something slightly herbal about this note, however this impression doesn’t last long. Come to think of it maybe it was the peony that adds all these qualities to the main star of this composition. Soon enough the rose note becomes darker, more velvety and seductive. 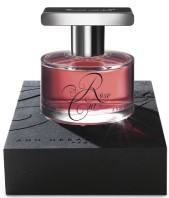 When rose begins to dominate in the bouquet of Rose Cut, and that happens around 1,5 hours, I could notice that it’s not only quite a powerful flower here, but there is also something warm and spicy and woody about it. There’s a patchouli note which adds more density and dimension to this fragrance, as well as it makes it darker, but never shadowy or nocturnal. The rose note lasts surprisingly long, mixing with patchouli, pepper and rum for the next 2-3 hours. And this combination really makes me think of champagne rose. It’s bubbly, outgoing, sophisticated and elegant too.

The drydown of Rose Cut is exquisite. Oakmoss (or oakwood absolute as stated in the booklet introducing Rose Cut) introduces the dry, slightly woody and a bit powdery vibe that is truly charming. That is the kind of chypre interpretation that I like above any other. Addition of vanilla makes this part of a fragrance more delicate and sweet, while benzoin is responsible for adding density. It effuses a balmy aroma that is not too heavy and it couples with the other notes in a great way. Rose is still a diva here, she’s the queen of the perfume blend.

Just like the previous 3 scents, Rose Cut is a collaboration between Ann Gerard and Bertrand Duchaufour. I have zero knowledge when it comes to jewellery but I think I can recognize a good quality rose. Among the rose perfumes introduced at Esxence, and there were quite a lot of them this year, Rose Cut was one of the finest roses in my personal top list. This fragrance is a rose in full bloom, it is also a full-bodied one… And also with some thorns, but they don’t cut!

Ann Gerard Rose Cut is a fragrance concentrated at an eau de parfum level, Ann Gerard told me that the exact strength is 13% of fragrance composition. The juice, which has a vivid and deep ruby color was poured into line’s signature bottle. The capacity is 60ml (costs 125€) and it’s also available in a discovery set of four 7,5ml spray vials (retails for 62€). The longevity of Rose Cut is around 8-10 hours. The projection is very good for 3-4 hours and then it gradually drops to become a skinscent in the end. After Esxence I want to buy a single bottle of perfume that made a lasting impression on me – this might be it!